Getting to explore Northern California has been one of the best things about moving back home. Even though I grew up in the Bay Area, I never really visited all the hidden gems until now. My Canadian blogger friend Nancy (Spiffykerms) is also new to California so it’s been fun to check out places together. I had never been to Fort Funston with Mochi, so we thought it would be the perfect place for our dogs to meet for the first time. To make things even more fun, we each took a 2016 Lexus for the drive up to San Francisco.

This was my first time in the Lexus GX 460. The last Lexus SUV that I reviewed during my weekend in Sonoma, was the Lexus RX450 hybrid, which was Nancy’s choice for our excursion. The size difference between the two cars is pretty extreme when you are petite. I actually laughed when the car was dropped off because I had to physically hop into the car. The weekend before our Fort Funston excursion was a rainy one for the Bay Area. Like rain I haven’t seen in awhile. My normal car is a VW Jetta, so I was pretty happy to be driving around in a large SUV during the rain storms. Some of the comfort features in the car included automatic headlights and automatic windshield wipers. The wipers would adjust to the amount of rain and make it more comfortable to drive instead of fussing over switches. Also, I could feel the amount of water on the road underneath the SUV, but the ride was still incredibly smooth.

The inside of the car was pretty spacious and felt more rugged than the Lexus RX. For example this car didn’t have a touchless navigation with a mouse but a regular touch screen navigation screen. But this Lexus GX had an entertainment package with an dual entertainment system in the backseat. I thought this would be perfect for families with children or even to even entertain friends on the way to Tahoe.

Also, this car has an option third row of seats. Which came in handy when I offered to drive some friends to dinner. We laughed because we couldn’t figure out how to put the seat up until my husband realized that there was a switch. We thought you had to physically put the seat up but all you needed to do was hit a switch and it automatically popped up! Genius.

So on Monday, Nancy and I loaded up the dogs and made our way to Fort Funston.

You have to walk down a pretty steep hill to get to the beach. I had to keep telling Mochi to slow down on the steps because he can be a klutz. I definitely didn’t want him to hurt himself before we even got the beach!When we all made it down the beach, Mochi took off towards the water. I was so happy to see him excited. He was running up to dogs to say hello and I was pleased to see that all the dogs were friendly.

Nancy’s dog Alfie settled into the beach area by barking at all of the dogs. Which was pretty surprising since he is all of 5lbs. But all the dogs listened to him and backed off! Even though Mochi and Alfie didn’t play together, they did tolerate each other enough to get puppy treats from Nancy.

Nancy and I made our way down the beach with the dogs running around us. There was this huge concrete wall that divides the beach that was full of graffiti.

By that time, I thought Mochi would be ready for a water break. So I went to the cliff side to get out his water from Nancy’s backpack. What I did next was pretty stupid…I turned my back to the ocean.

While holding Nancy’s backpack and trying to fill up the water bowl for Mochi, a large wave crashed on the beach and the tide went all the way to the cliff. Which scared me because Nancy started screaming for me to watch out. In the rush to make sure I held on to the backpack and items, I dropped Mochi’s leash.

I was pretty bummed to have lost the leash because it was cool and had the poop bags attached to the bottom. But, I was also holding the keys to a Lexus that was not mine, a DSLR, plus my iPhone. I was pretty happy to have dropped the least expensive item instead of something that would have really made me sad.

You can see the whole video of us at the beach, plus if you scroll to 1:07 you can see when I dropped the leash into the ocean.

Even though I was soaking wet and now walking with a dog without a leash, we continued on our adventure. Mochi didn’t mind one bit.

After our rest, we made our way back to the cars.That hill back up the car was no joke.

Then it was time to get the sand out of my boots and wipe the pups.

The look on Mochi’s face is priceless. Even though I got soaked and lost his best leash, he had the best time at the beach.

On the way home, he even closed his eyes for a little nap. Hopefully dreaming about running around the beach with his new friend Alfie.

Have you ever been to Fort Funston in San Francisco? If you have a dog, it’s a must on your bucket list. Trust me, your dog will thank you.

Thanks to Lexus for letting me review the Lexus GX for a week. All opinion are my own. 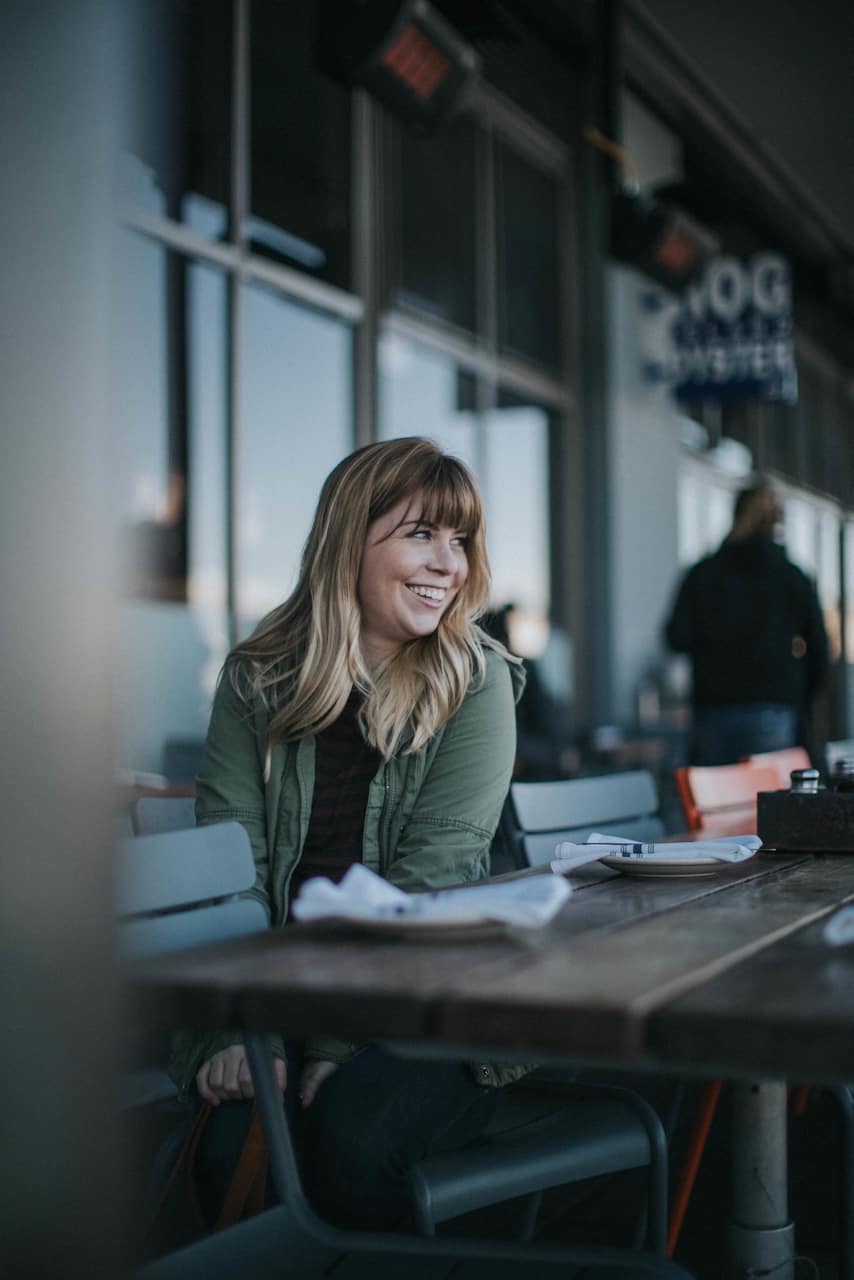 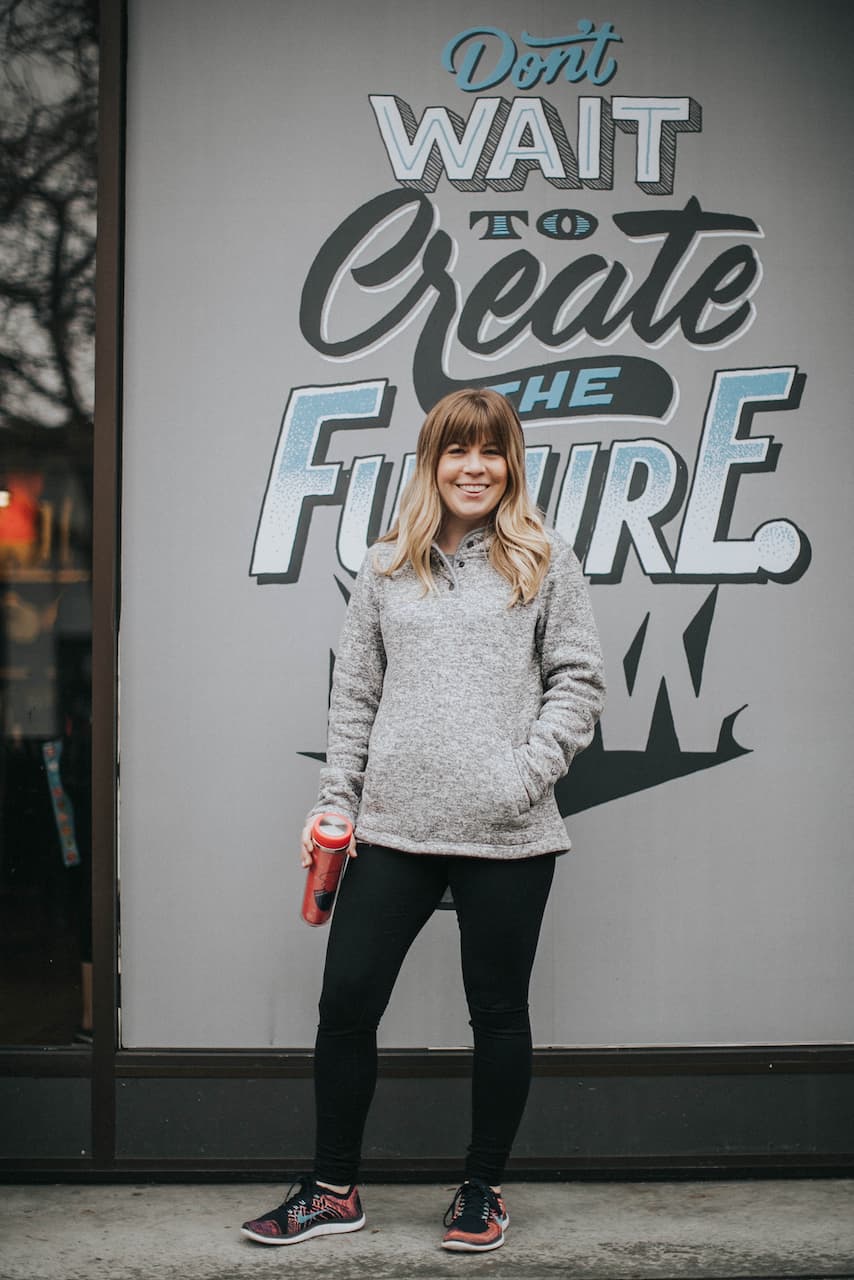